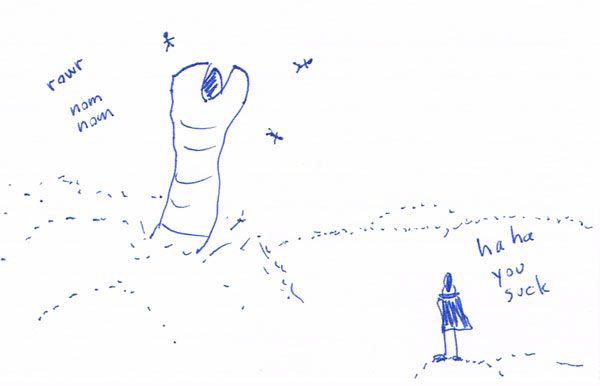 Dune won the Hugo and Nebula awards, and it is consistently in the top three of nearly all science fiction lists (usually along with Ender’s Game and Hitchhiker’s Guide to the Galaxy). It’s a sprawling epic of Machiavellian politics, personal betrayals, secrets within secrets, giant monsters, and delightfully flawed characters. It’s often called the “Lord of the Rings of science fiction” and has inspired countless other science fiction novels.

The comparison to high fantasy is particularly apt given the small part technology plays. There are no robots and no computers. Spaceships are treated as transport vessels, not objects of wonder. There are castles, emperors, witches, dukes, dragons (sandworms), and a substance that bestows astounding powers when you eat it (spice).

This is all well-known, but there are a few things you may not know about Dune.

1. It was inspired by a trip to Oregon

Perhaps the most surprising fact about Dune is that Frank Herbert was inspired to create his all-desert, water-starved planet during a trip to the soggy Oregon coast. He watched people planting grass to keep the shifting dunes from swallowing up vacationers’ houses.

2. It was published by an outfit known for its car repair manuals.

Despite all this, Herbert couldn’t sell his book.

Publishers said it was too long. People who read science fiction, they said, don’t like long books (Apparently, neither do fantasy readers, since this was same reason given to J. K. Rowling when she was rejected multiple times for the first Harry Potter book).

After twenty rejections, an editor at Chilton (a publisher known for its car repair manuals) gave Dune a chance. It sold slowly at first, but eventually well enough that Herbert was able to become a full-time writer.

3. It has no authoritative visual

If Dune is so popular, why are there no conventions? Why don’t you see people dressing up as the hero Paul Atreides at various Comic-Cons? Where are the stillsuit costumes?

One possible reason is that there is no authoritative visual. If you wear something from the book, you have to tell someone it’s from Dune or they’d never know. Quick, what does a stillsuit look like? Or an ornithopter?

The Dune movie by David Lynch was, well, awful. Various TV shows have tried to capture the essence of Dune, with limited success. One movie had the potential to become this vision, to declare This Is How Dune Looks, but sadly, it was never made. This film was documented in Jorowsky’s Dune, a fascinating film in its own right. The specter of what might have been—the marvelous, surreal spectacle of a true Dune movie (e.g., designs by H.R. Giger, the man who created Alien, and starring Salvador Dali as the Emperor) is almost overwhelming to consider.

4. It has seventeen sequels and prequels

The success of Dune allowed Herbert to create a number of sequels, each slightly more disappointing than the previous. To enjoy these books after reading the original, lower your expectations. See the other novels as children playing around the feet of a wise old grandpa, and you’ll have a good enough time of it.

The Dune books by Frank’s son, Brian Herbert, and Kevin J. Anderson are more typical page-turners than heavy opuses like the original, but they’re still a lot of fun. There are worse ways to spend an afternoon.

The Battle of Corrin

Jodorowskys Dune. Even though it’s a documentary about a Dune movie that never got made, it’s clear the movie is the one that SHOULD have been made.

Dune the movie. Bless their hearts, they tried hard.

5 thoughts on “4 Things You Didn’t Know About Dune”